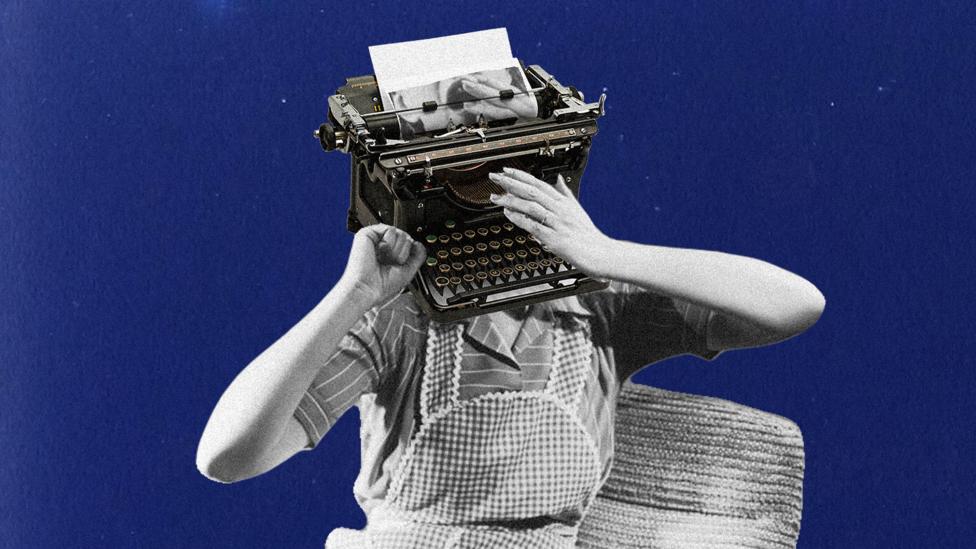 By Clare Thorp 22nd May 2020
While mind-numbing tedium is never the goal, it can often be the source of great art, writes Clare Thorp.

“I don’t know where I am going, but I promise it won’t be boring,” David Bowie announced from the stage of Madison Square Gardens at a concert to celebrate his 50th birthday in 1997. He didn’t have to worry. Bowie was about as far from ordinary as you can get. But for any creator – whether a writer, musician or artist – being boring is possibly the worst thing you can be labelled. Yet boredom itself is, conversely, one of the most important factors in creativity – a silent muse that has inspired countless great songs, novels and paintings.

More like this:
- The surprising roots of everyday words
- The history of the word ‘dude’
- Fourteen words that define the present

Speaking recently about her time in lockdown, the Booker Prize-winning novelist Anne Enright told of her delight at “tooling around all day” and suggested that having little to do can be a very good thing. “Boredom is a productive state so long as you don’t let it go sour on you,” she said in The Guardian, adding: “I wait for boredom to kick in because boredom, for me, is a very good sign.” 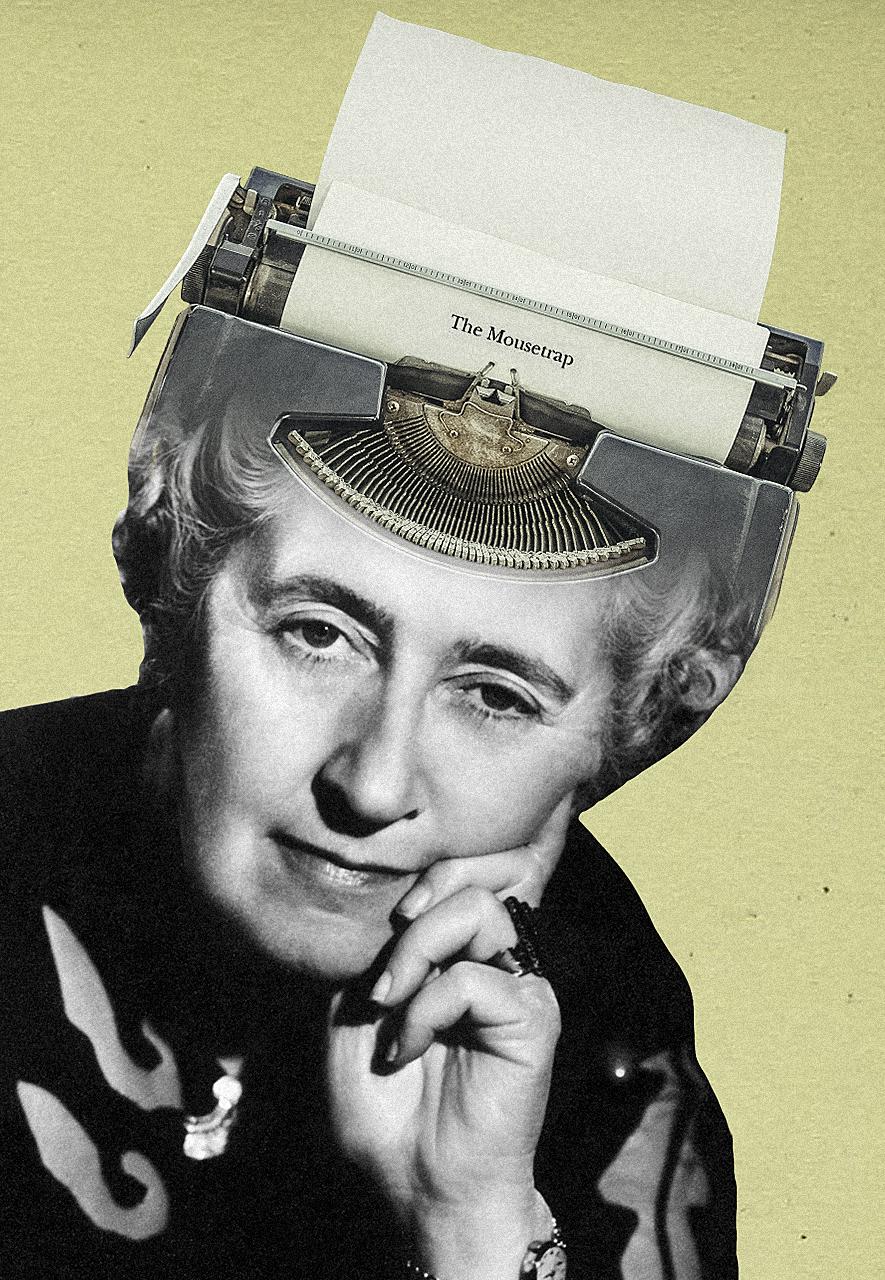 According to Agatha Christie, “there’s nothing like boredom to make you write” (Credit: Alamy)

She is not the first writer to acknowledge the importance of boredom. Agatha Christie, who had no formal education until she was 16 years old, credits having to find her own ways to entertain herself with kickstarting her prolific writing career. “There’s nothing like boredom to make you write,” she said in a 1955 BBC interview. “By the time I was 16 or 17, I’d written quite a number of short stories and one long dreary novel.”

When asked what advice he would give aspiring writers, Neil Gaiman said: “You have to let yourself get so bored that your mind has nothing better to do than tell itself a story.” The late David Foster Wallace was so fascinated by boredom he based a novel on it. He set the posthumously published The Pale King in a tax office and, in a note found with his unfinished manuscript, explained his reasoning. “It turns out that bliss – a second-by-second joy and gratitude at the gift of being alive, conscious – lies on the other side of crushing, crushing boredom.”

It’s not just writers who have found boredom a useful part of the creative process. The Turner Prize-winning sculptor Anish Kapoor has said: “I've learned over the years… that it’s precisely in those moments when I don’t know what to do, boredom drives one to try.”

In a recent Rolling Stone feature reflecting on her career, the musician and actress Kate Nash explained that the boredom she experienced as a teenager led her to start writing her music. “I wrote a lot because there wasn’t much else going on in my life.” Later, when her friends were off at university and she was stuck at home and working in a clothes shop, a lack of things to do spurred her on again. “There was a lot of sighing and staring out of the windows. Again boredom became a great motivator. I started writing songs again; I posted them on MySpace, and very quickly and unexpectedly became a pop star with a Number One record.”

The topic of boredom has come up a lot recently. With much of the world spending weeks in lockdown, and usual forms of socialising and entertainment off limits, there’s a suggestion more of us could be experiencing moments of boredom. In fact, some researchers see this as a once-in-a-lifetime opportunity to study its effects. 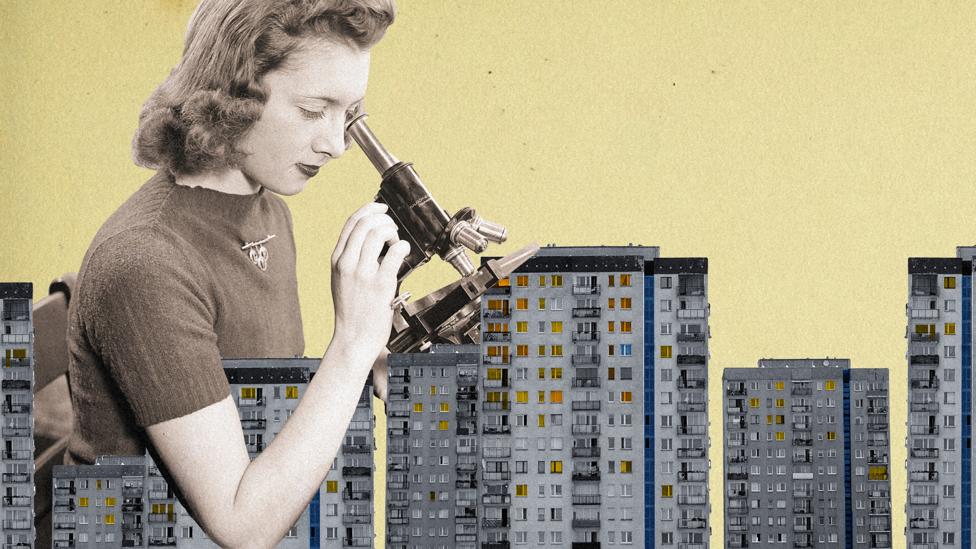 Some scientists view the lockdown as a unique chance to research the effects of boredom (Credit: Alamy)

So what is it about boredom that leads to creativity? Researchers have been exploring the link for some time. In one 2013 study, British psychologist Sandi Mann divided subjects into two groups and gave one the boring task of copying numbers from a phone book. Each group was then given a creative task of coming up with as many uses as possible for a plastic cup. The ‘bored’ group outperformed the others. Another set of students, who had the even duller task of simply reading the phone numbers, did even better. The thinking is that boredom gives us a push to explore creative outlets to fill the ‘gap’ our brain is noticing.

But though some of us may have more time on our hands now (while others are busier than ever), boredom is not as simple as having nothing to do. “When we’re bored, there are two key things happening in our mind,” says John Eastwood, a psychologist at the Boredom Lab at York University, Canada. “The first thing is what I would call a ‘desire bind’. That’s when someone is kind of stuck because they desperately want to do something but they don’t want to do anything that’s on offer. Secondly, when you’re bored, your mental capacity is lying fallow. We’re itching to engage our mind. These are the two core things that are what it means to feel bored.”

Boredom is not in itself creative, argues Eastwood, who is the co-author of a new book on boredom called Out of My Skull: The Psychology of Boredom. It’s what it leads to that is important. “When you feel bored, because it’s an aversive and uncomfortable state, you’re motivated to look for something else. In that gap there’s a real chance to discover something new. What matters to me and what am I passionate about? I think that looking can be a source of creativity.” 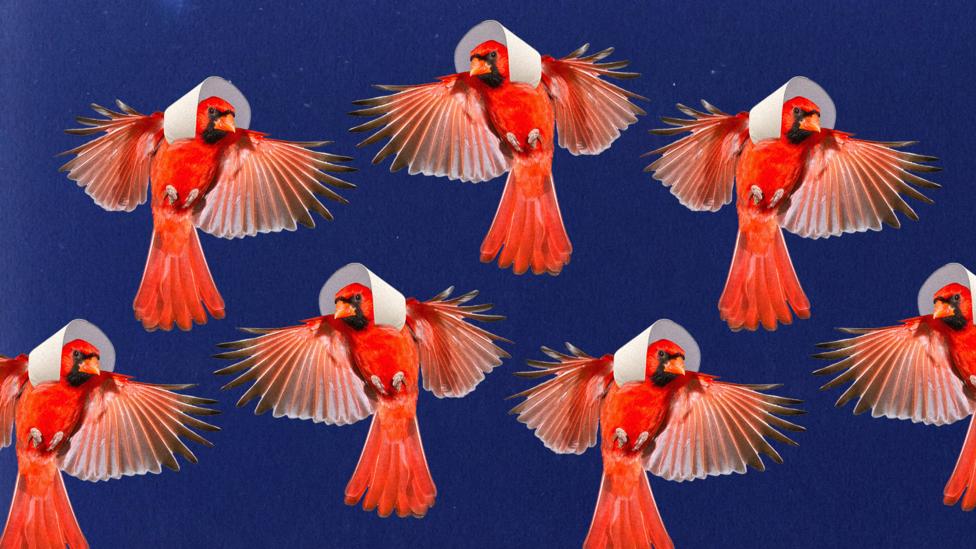 For Margaret Atwood, the mind-slowing effect of birdwatching is conducive to writing (Credit: Alamy)

Often our first instinct when we experience the unpleasant niggle of boredom is to shake it off – quickly. With Netflix lists, Instagram feeds and TikTok videos waiting for our attention, it’s easy to stick a band-aid on boredom. In his 2018 book, Creative Quest, the musician QuestLove wrote about his battle against the many distractions on offer. “With just a single mouse click I could listen to an Outkast demo or read about zoning in Philadelphia, or hop back in time and find a vintage interview with Wilson Pickett.” Resisting the quick fix and riding out his boredom is vital, though. “On the face of it, it doesn’t make any sense. Boredom seems like the least creative feeling. But it’s actually a way of clearing space for a new idea to spring back up.”

In 1990 JK Rowling was taking a delayed train back to London alone after a weekend flat-hunting in Manchester when the image of a scrawny, bespectacled young boy popped into her head. “I didn't have a pen and was too shy to ask anyone for one on the train, which frustrated me at the time,” she said in a 2016 interview. “But when I look back it was the best thing for me. It gave me the full four hours on the train to think up all the ideas for the book.” If she’d had an iPad loaded with all 12 episodes of Normal People or an endless Twitter feed to scroll through instead of staring out of the window, Harry Potter might have disappeared out of her mind as quickly as he arrived. Science has linked daydreaming with creativity, and Eastwood believes it’s here where the real ideas flourish. “Boredom triggers mind-wandering, and then mind wandering leads to creativity,” he says.

Mason Currey has studied the routines of hundreds of artists, writers and creatives for his two books, Daily Rituals and Daily Rituals: Women at Work. Boredom is a recurring theme, he says – but he agrees that it’s what comes after that’s important. “My take is that the state that is really good for the creative process is not boredom exactly, but what I would call spacing out,” he says. “That is, doing something familiar with a kind of diffused focus that allows your mind to wander elsewhere. That’s something I’ve noticed over and over in my research and it seems to be one of the essential elements of the creative process across history.” 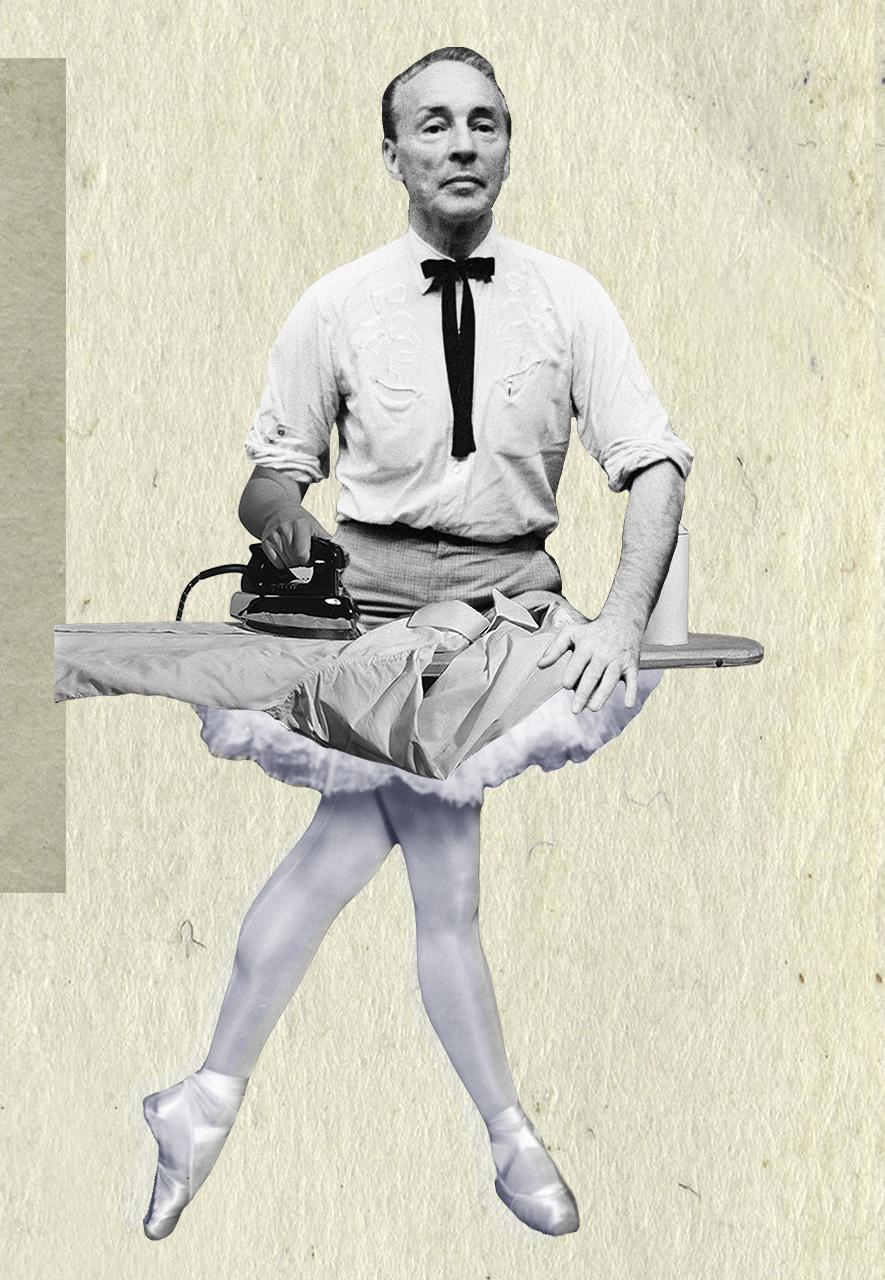 In essence, mooching about or – like Enright said, tooling around. “The choreographer George Balanchine said he did his best work while ironing in the morning,” says Currey. The writer Doris Lessing often took breaks from work to tidy the house or wash dishes. “You’d think I was a paragon of concern for housekeeping if you judged me by what you saw,” she said. But this aimlessness was vital to help her formulate her ideas. “What she was thinking about while she was puttering around and washing dishes and putting things away, that was kind of the real work,” says Currey.? For Margaret Atwood, this state comes from birdwatching. “Watching birds takes you out of yourself,” she has said. “It’s a flow state. Writing ideas come in sideways during such states.”

Walking is also cited by many creatives as being vital to their process. The filmmaker and artist Miranda July regularly sets off on a walk because “there are only so many good ideas you can have sitting in a chair”. In her book Wanderlust: A History of Walking, the writer Rebecca Solnit says: “Thinking is generally thought of as doing nothing in a production-oriented culture, and doing nothing is hard to do. It’s best done by disguising it as doing something, and the something closest to doing nothing is walking.”

But walking, like many previously simple activities, now comes with added layers of stress. It’s hard to zone out when you’re focused on keeping 2m apart from everyone. That’s why Currey is doubtful that the pandemic will lead to a flourish of creative breakthroughs – even if some of us are feeling a nagging sense of boredom. “That state of mindlessness that lets your brain enter a creative state is in short supply right now,” he says. “We all have this background anxiety and all the extra logistical stuff to think about. It’s such a strange, unsettling time. This isn’t the moment to all of a sudden write your masterpiece.” If inspiration does happen to strike when you’re waiting in line for the supermarket, though, it won’t hurt to scribble it down for later…

All collages created by Javier Hirschfeld