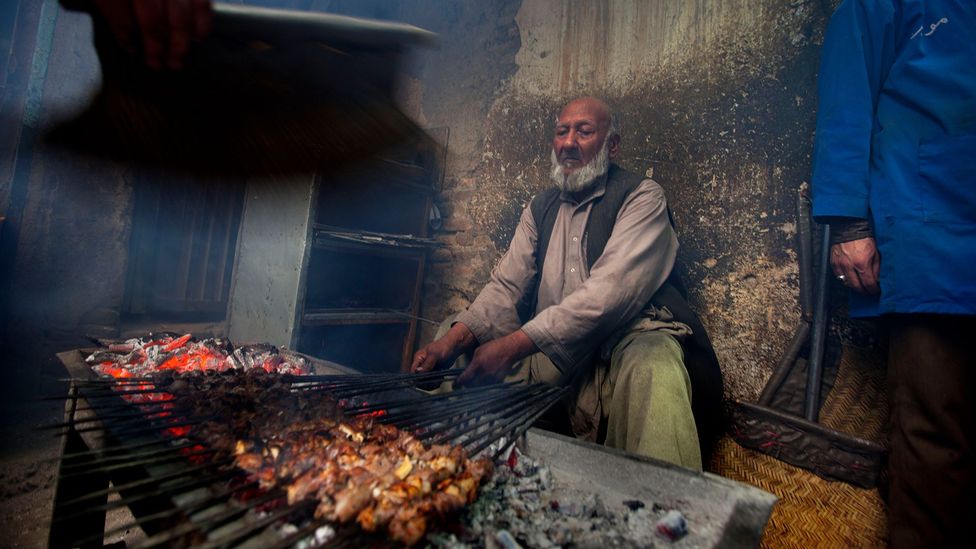 By Miguel Trancozo Trevino 29th June 2020
From creating toxic chemicals to an increased risk of lung cancer, the latest evidence suggests that some ways of cooking come with health risks. What can be done to avoid them?

“The whole reason that we evolved as humans is because we started cooking our food,” says Jenna Macciochi, firmly. “When we only had a raw diet, we had to be eating constantly, because our bodies struggled to get the nutrients out of raw food.”

Biologists have long agreed with Macciochi, who studies how a person’s nutrition and lifestyle interact with their immune system at the University of Sussex. In fact, there’s a substantial back catalogue of evidence that suggests that human evolution is directly linked to the use of fire.

When our ancestors cooked and processed their food, they made it easier to extract calories and fat, which helped to increase the gap between the amount of energy it took to digest their food, and the amount they extracted from it. It also meant we had to do less chewing.

It's thought that these culinary skills not only helped to reduce the size of our jaws, but also meant we could evolve larger brains – and afford the (energetically expensive) neural activity that came with them. Cooking also kills many of the potentially harmful bacteria that can grow in and on our food, helping to protect us from bouts of food poisoning.

However, in spite of the many benefits of cooking, is it possible that processing our food at high temperatures could come with hidden health risks?

With the growing trend of raw food diets and a shift towards more adventurous techniques for cooking in general, scientists from all over the world have been putting hot meals under the spotlight.

Acrylamide: the cancer risk of overcooking

Not all cooking methods are equal when it comes to preparing a dish. And for some types of cooking – such as those using very high temperatures – the type of food being cooked makes a big difference.

For starchy foods in particular, one risk that the Food Standards Agency (FSA) in the UK has issued warnings about is acrylamide. The chemical is used industrially, to make paper, dyes and plastics, but it’s also created in food when it’s roasted, fried or grilled at very high temperatures for a long time.

Acrylamide is considered to be a potential cancer risk, although most of the current evidence comes from animals

Carbohydrate-rich ingredients, like potatoes and root vegetables, toast, cereals, coffee, cakes and biscuits, are the most susceptible, and the reaction can be noticed when the starch within them starts to darken, they turn golden brown or start to look burnt.

Acrylamide has been investigated as a potential cancer risk, although most of the current evidence that supports a link comes from animals. Just in case, Macciochi, nutritionists and food agencies take the view that it is better to prevent a high consumption of foods with high acrylamide content. 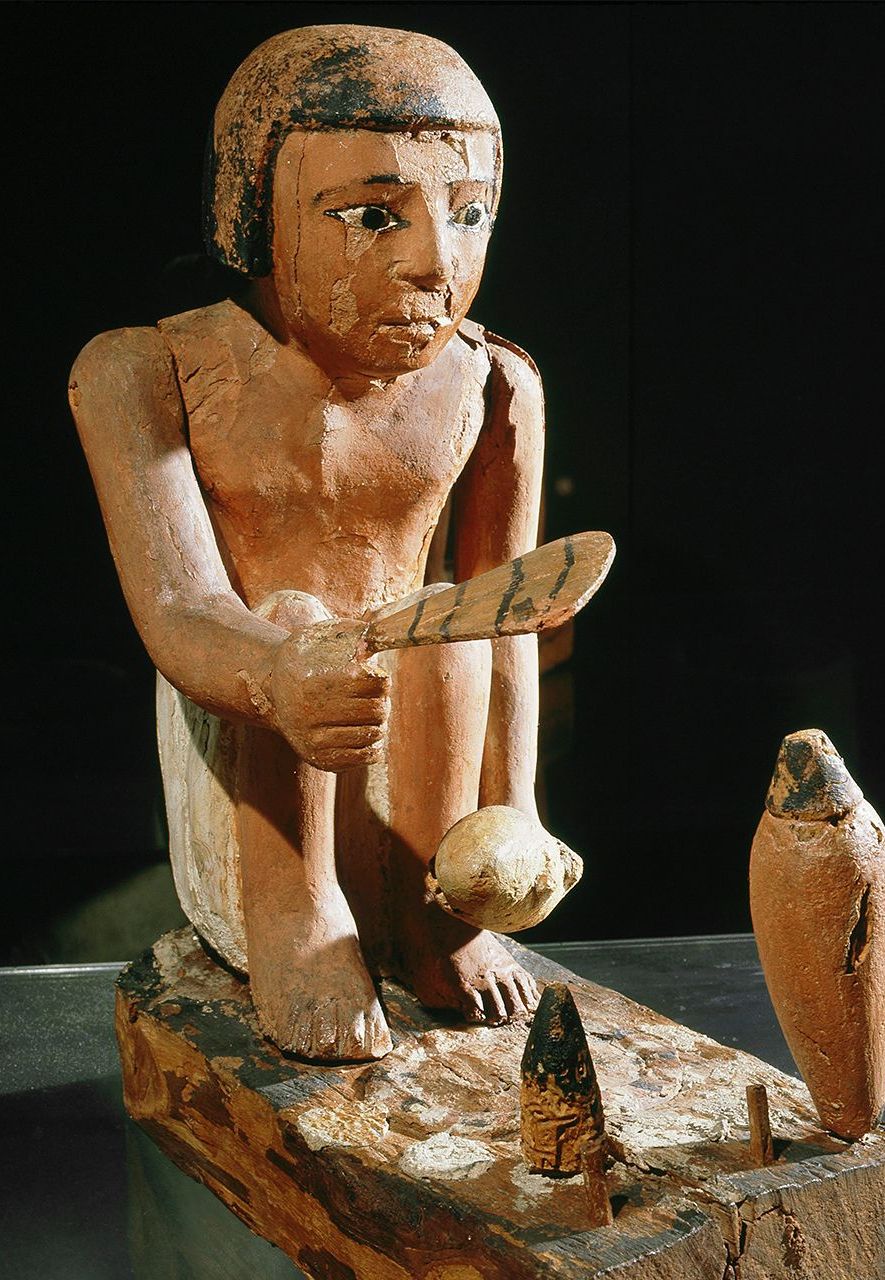 It's thought that people began cooking as early as a million years ago (Credit: Getty Images)

“Most of the tests are done in the lab with animals, [but] we do think that acrylamide has the potential to cause cancer in humans, so people should be conscious of this as a precaution, and also thinking about the processed foods that they are buying that perhaps have larger volumes of acrylamide because of industrial processing,” she adds.?

To avoid high doses of acrylamides, the FSA recommends aiming for a golden colour when cooking and avoiding refrigerating potatoes if they are going to be cooked at high temperatures (chilling potatoes frees up sugars, which combine with amino acids to form acrylamide during cooking). In general, the idea is to avoid overcooking these ingredients, to prevent the creation of acrylamide.

However, risks do not stop with the grill.

“Things like acrylamide in food is only one of many risks of our modern day diet,” Macciochi warns, “so it’s not going to cause your cancer risk on its own, but if a person has a very poor diet, that is something we can work on to reduce risks.”

The effects of cooking aren’t just transmitted through what we eat, but also through what we breathe. First of all, cookstoves themselves are a major cause of illness in developing countries. Where solid fuels such as wood, crop wastes, and charcoal are used, indoor smoke can build up. According to the World Health Organization, it’s responsible for up to 3.8 million premature deaths every year. 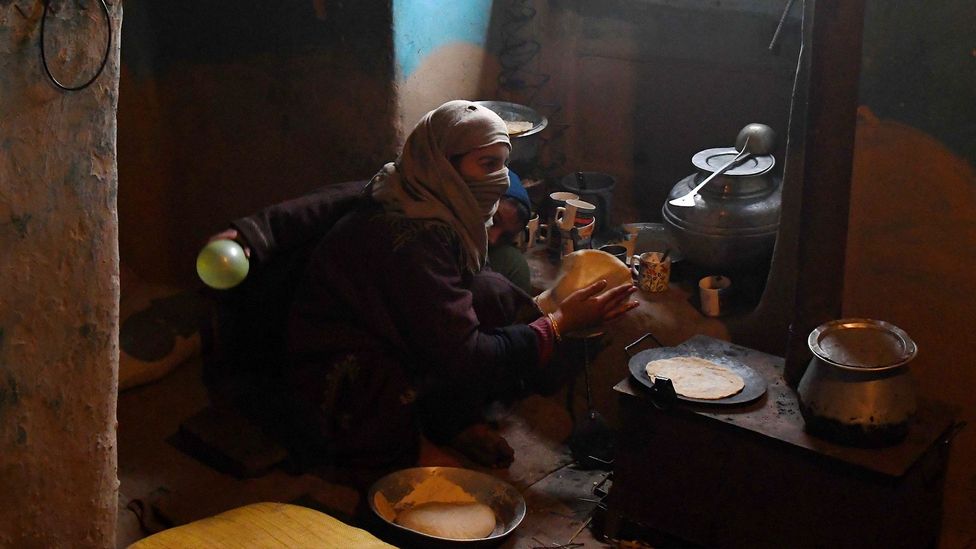 There's some evidence that cooking inside the home without good ventilation may increase a person's risk of developing lung cancer (Credit: Getty Images)

But certain ingredients in the food we cook can also lead to indoor air pollution. ??

A 2017 study, published in the Journal of Cancer Research and Clinical Oncology, found evidence that exposure to the fumes from cooking oil increases the risk of lung cancer.

Researchers analysed 23 studies involving 9,411 cancer cases in China, and revealed not only that women who cooked without access to good ventilation in the kitchen had a greater risk of lung cancer, but also that different cooking methods had different effects. For example, stir frying increased the risk of lung cancer, while deep frying did not.

In Taiwan, a group of researchers found that the fumes from cooking oil contain aldehydes, a type of chemical considered to be carcinogenic

Other studies have also provided evidence that exposure to cooking oil fumes during pregnancy may have an effect on newborns, by reducing their weight at birth.

In 2017, researchers in Taiwan compared the amount of aldehydes – a broad class of reactive compounds, many of which are toxic to humans – produced by different cooking methods. In the paper, the authors suggest that sunflower oil fumes, and methods like deep frying and pan frying, have a higher risk of producing more aldehydes, while oils that are low in unsaturated fat, like palm oil or rapeseed oil, as well as gentle cooking methods like stir frying, don’t tend to produce such a high quantity, or as many of the types that are thought to be harmful. ??

Meat eaters may have to give a second thought to the way they cook meat and the frequency of their consumption. Different studies have found that open-flame methods of cooking red meat, especially broiling and barbequing, as well as high-temperature techniques, like roasting in an oven, may further increase the diabetes risk among regular female red meat consumers in the US – although it was not clear why the effect was found in women but not men. 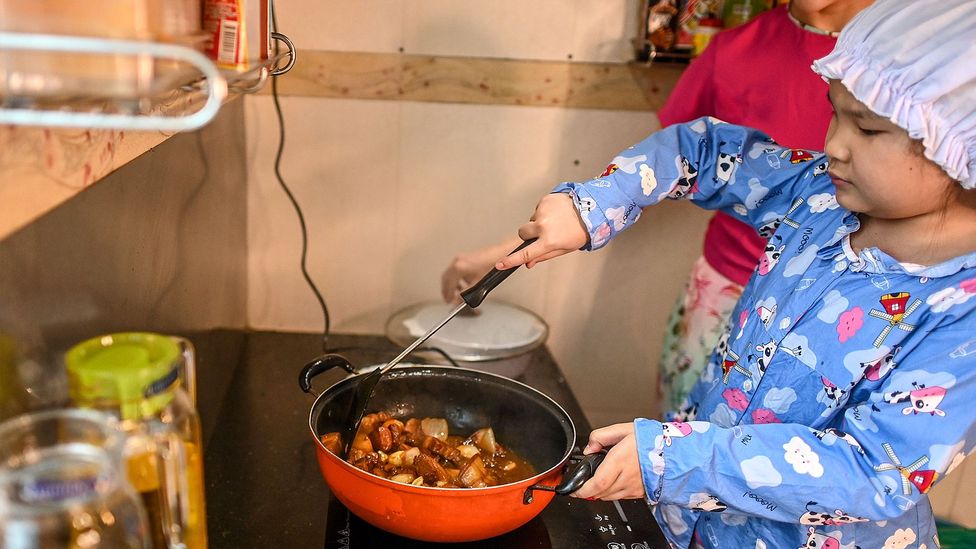 Though some types of cooking come with risks, it's important for helping us to maximise the energy we get from the food we eat (Credit: Getty Images)

Another study found a similar correlation between open-flame or high-temperature cooking techniques and Type 2 diabetes among those who ate red meat, chicken and fish at least 15 times a month, regardless of gender or consumption amount.

It’s important to note that neither of these studies controlled for lifestyle factors such as exercise or other aspects of the person’s diet, including the quantity of sugar they consume, so it’s possible that these are actually behind the link. Nevertheless, some alternative cooking methods suggested by the researchers include boiling and steaming, which do not seem to be associated with a person’s diabetes risk.

Over the past century, cooking techniques have evolved and diversified, and cooking has started to move away from more primitive heat sources. Microwaves, electric hobs and toasters can now be found in almost every house, providing an alternative to high flames.

Increasingly, scientists have been pointing to the microwave as a healthier way of cooking – depending on what you cook in it.

For instance, a recent study from Spain found out that one of the healthiest ways to cook mushrooms is in a microwave. This method significantly increases their levels of antioxidants – compounds which help to protect cells against damage. In contrast, boiling or frying mushrooms reduces their antioxidant content.

In fact, the scientific evidence shows that the best technique to retain vitamins and nutrients when cooking vegetables is to use short cooking times and use as little liquid as possible. This means that using a microwave is a good method of cooking because fewer of the good things are lost – unlike boiling where they end up in the cooking water. 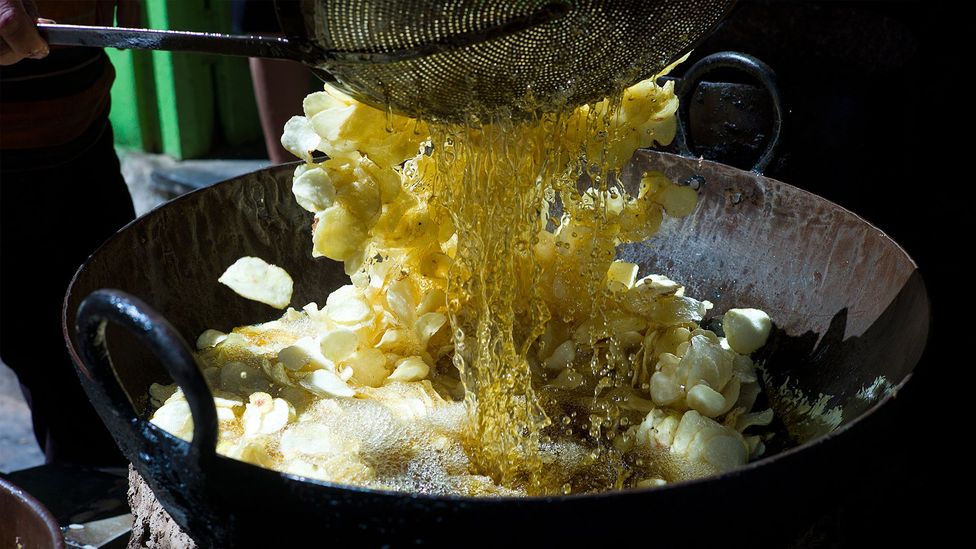 Some types of oil, such as rapeseed and palm, are thought to be healthier to cook with (Credit: Getty Images)

“Also steaming rather than boiling vegetables is much better, anything that you cook in high temperatures for a long time seems to be the more problematic, reducing the nutrition qualities or generating some of these problematic compounds, like acrylamide,” says Macciochi.

Another problem with frying, or other cooking methods involving oil, is what happens when certain fats are heated up. It turns out heat can cause oils to undergo a series of chemical reactions, so when you cook them at high temperatures, you risk ending up with a subtly different ingredient to the one you started with.

Not all oils are equally susceptible to these changes. For example, olive oil has a relatively low “smoke point”, compared to saturated fats such as coconut oil. This is the temperature at which it starts to change – when it begins to vaporise and lose some of its beneficial compounds, such as the anti-inflammatory oleocanthal. This is also the point at which it starts to produce harmful compounds, such as certain aldehydes. Macciochi still recommends olive oil for most cooking, because of how healthy it is to begin with – just not for industrial cooking, or anything involving long cooking times. ??

However, though some types of cooking come with risks, avoiding cooked food altogether has the potential to be far more damaging. One German study of people who ate a raw-food diet for a number of years, found that the men lost around 9kg of weight (19 lbs), while the women lost around 12kg (26 lbs). By the end of the study, a significant proportion were underweight – and around a third of the women stopped having regular periods. The authors concluded, with typical scientific understatement “a very strict raw food diet cannot be recommended on a long-term basis”. ?

“Ultimately cooking meat and cooking carbohydrates is a good way to increase the availability of nutrients from these foods, as opposed to eating them raw,” says Macciochi, “because imagine a raw potato, it is very difficult to get the nutrients of it, not to mention that it is just not enjoyable.”

It seems like our ancestors were on to something, after all. ?