By Celina Ribeiro 30th April 2019
Would you be more likely to stick with a company that gave you a day off in the middle of the week, every week?
A

As we head into 2020, we're running the best, most insightful and most essential Worklife stories from 2019. Read all of the year's biggest hits here.

On Wednesdays, while most of her friends are at work, Tiffany Schrauwen is on the tennis court, practising her backhand. The Melbourne project manager has a lesson all to herself at 09:00, and it can’t be bad for her game.

Schrauwen isn’t slacking off. For nearly a year, digital marketing agency Versa – where she works – has shut down on Wednesdays, giving staff a four-day week at five days’ pay.

- Why we should work less
- Are you an insecure overachiever?
- How 'sitting meat' helps Germans work

Employees at the company do a standard-length day on Mondays and Tuesdays, then return for another two on Thursday and Friday. No meetings are scheduled for Wednesdays – however, if a client has urgent work that needs doing, workers will pick up the phone.

When Schrauwen first was told of the plan, she was excited, then wary – she was worried about how it would work; as project manager, she was the main contact for both staff and clients, so she stood to bear the brunt of any missed deadlines, stress or broken lines of communication. ?

But Versa staff reorganised their work patterns to become more efficient. She’ll arrange to have certain tasks completed by the midweek break, meetings are more focused and idle chatter less appealing. Every two weeks the company also reviews what has worked and what hasn’t. ?“Everyone wants it to work because we love having the flexibility,” says Schrauwen. “If I want to keep that Wednesday off, I prep my week better.” 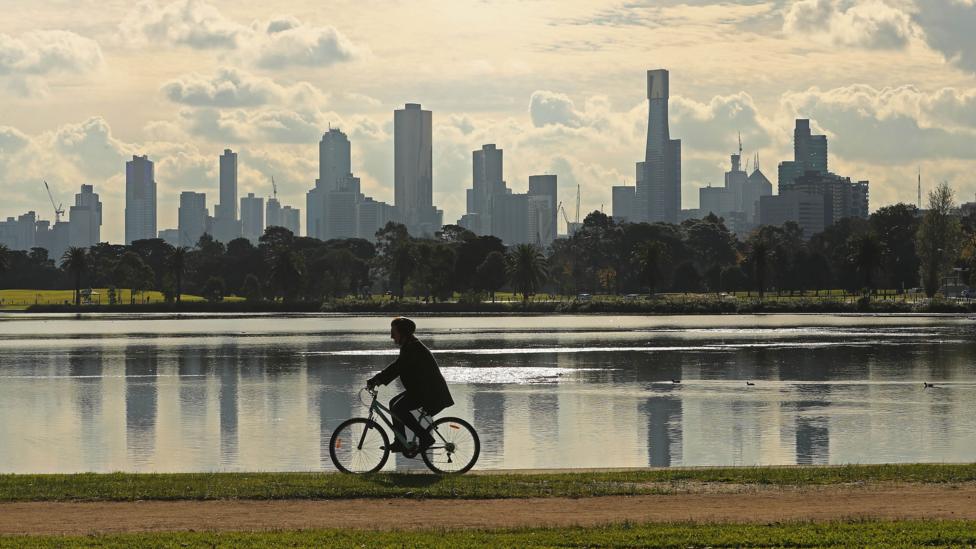 The policy was implemented in July last year. Since then, revenue at the Australian company has increased by 46百分比, and profits nearly tripled, says its CEO and founder Kath Blackham. Blackham is reluctant to credit the four day week with the entirety of the performance. “We win work because we’re known for having great work,” she says, but adds the fact the agency has very low turnover and consistent teams working on briefs can be hugely appealing for potential business partners.

It is vindication for Blackham, who – after a decade of “weird and wonderful goes at flexibility” – had to convince her leadership team to trial the Wednesday-less week and vow to return to five days if it failed. She founded the company with a toddler and baby in tow, determined to head a high-performing enterprise that respected the need for flexibility.

“What I set out to prove was that in one of the most unlikely industries – a service-based industry known for young people working super long hours – it can work if you come up with something innovative,” says Blackham.

A mid-week break lets staff go to the gym, get on top of house work, look after young children, schedule appointments, work on their start-up or just watch Netflix. Sometimes, they’ll catch up on work. Sick days are down, staff satisfaction is up, says Blackham. “You get that Monday feeling a couple of times a week.” 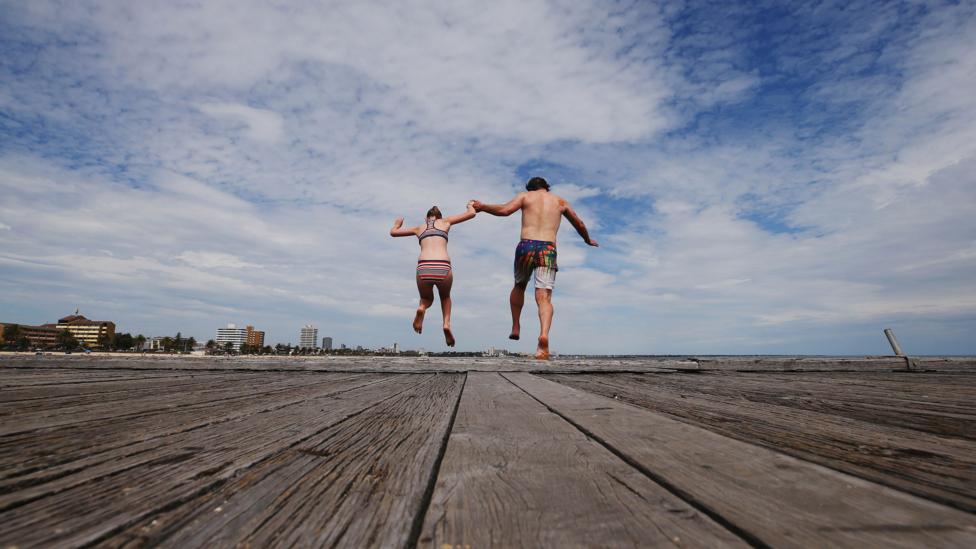 Father and daughter jump off the pier at South Melbourne Beach (Credit: Getty)

That Monday feeling of productivity was critical to Blackham’s decision to break the week into two “mini-weeks”, rather than creating a long weekend, which she feared may encourage her predominantly young staff to “have an even bigger weekend”. She’d also found that letting staff choose their own days off meant it was often unclear to other employees or clients when that staff member was available, and that hit productivity.

Professor Jarrod Haar isn’t surprised that dropping Wednesday has proven so successful for Versa. As professor of human resource management at Auckland University of Technology in New Zealand, as part of his own research Haar has interviewed employees on rotating four-day weeks, and found they most enjoyed the Wednesdays off.

The Wednesday break means you return to Thursday fresh, and this is when people feel most productive

For employers, shutting down mid-week gives “more bang for your buck”. he says. “The Wednesday break means you return to Thursday fresh, and this is when people feel most productive.”

Haar has tracked New Zealand estate management company Perpetual Guardian, which made headlines last year when it trialled a four-day week without any loss in productivity. Sick days were down, staff wellbeing was up, but the company did lose some staff who proved incompatible with flexible, condensed working.

‘A cause whose time has come’

For Andrew Barnes, CEO and owner of Perpetual Guardian, the four-day week is “a cause whose time has come”. While Versa’s Blackham was motivated by a desire to make workplaces more flexible and balanced, Barnes was prompted by a study that found workers were only productive for around two and a half hours a day. There had to be a better way to organise work time, he thought.

The five-day week is not an ancient phenomenon. Car manufacturer Henry Ford was pioneering in giving workers the weekend off in 1926, theorising it would make them more productive. Witnessing the march of technology, economist John Maynard Keynes predicted in 1930 that eventually the working week would be reduced to 15 hours.

Nearly 100 years on, organisations around the world are again revisiting how work weeks are structured. Great Britain and Ireland have shown particular interest in the four-day week, with the Trades Union Congress in the UK, Forsa in Ireland, the Scottish National Party and British Labour Party all considering the concept, at varying levels. Swedish regions have also played with offering shorter days or weeks, to mixed results, and even in notoriously long-working US, fast food chain Shake Shack this March announced it was trialling a four-day week in response to a tight labour market.

However, not all reduced hour trials have proven unmitigated successes. An experiment with six-hour days at state-run nursing homes in Gothenburg, Sweden, found that while sick day and productivity rates improved, staff costs rose considerably as more people needed to be hired to fill in the gaps.

Some start-ups which have trialled the four day week in the US have had to return to five day working after finding the day off made the company less competitive and staff more stressed. Flexibility is important; when speaking to BBC Capital, Versa’s Blackham and Schrauwen had both worked over the Easter long weekend on urgent client projects.

Both Blackham and Barnes say that other business leaders have supported their four-day weeks, but insisted that it would not work in their own companies. Barnes says allowing staff to come up with their own solutions, and holding them to productivity targets is critical to its success. The UK Labour Party have commissioned economist and historian Robert Skidelsky to analyse the value of a shorter working week (Credit: Getty Images)

It’s not just about work

Barnes says his organisation is now mentoring around 50 companies on how to implement a four-day week.

The New Zealand-based CEO says changes to the way we structure full time work can address a host of social challenges. “One in five of our workforce is suffering mental stress at any given time. You address that issue, what does that do to health budgets? If you have an ability for parents to spend more time with their kids, what does that do to educational outcomes? If you’re not having cars backed up nose-to-tail in peak hour, what does that do for the environment?”

Professor Rae Cooper, a gender and employment relations academic at the University of Sydney, says the four-day week goes to address another key issue: the loss of highly-skilled women from the workforce. “The average age of the first birth in Australia is now in the early 30s. That’s when we hit our straps in terms of career development, earnings jumping up and really becoming very productive employees. That’s really when we’re losing women [from the workforce] because we’re not giving them choices to be both mothers and productive workers,” she says.

And this is something Versa’s Blackham is desperate to change. She wants to ensure her daughter can pursue both career and family life.

“No one should have to fight for flexibility,” she says.