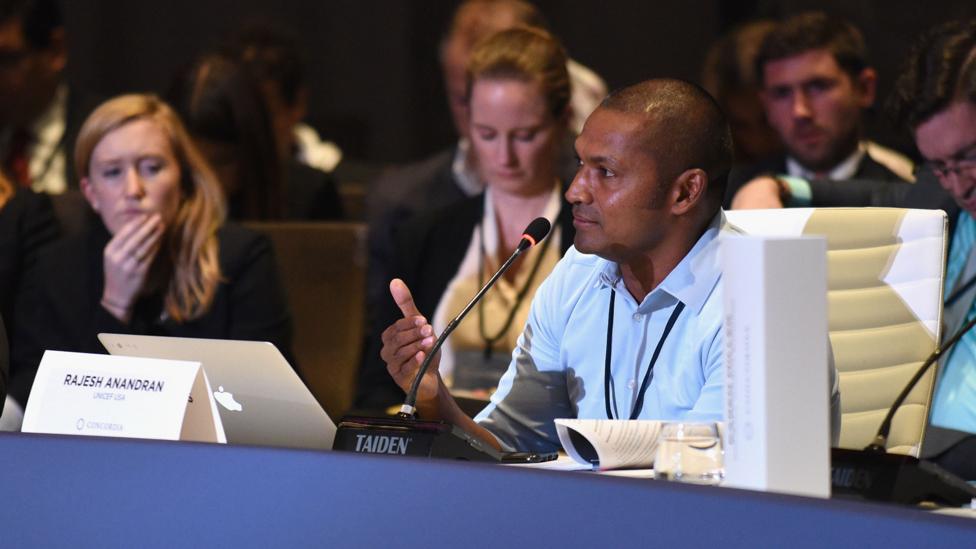 By Robbie Wojciechowski 21st October 2019
Our brains don’t all work the same way. One New York-based software company sees that as a competitive advantage.
R

Rajesh Anandan founded his company Ultranauts (formerly Ultra Testing)?with his MIT roommate Art Shectman with one aim: one aim: to prove that neurodiversity and autism could be a competitive advantage in business.

“There is an incredible talent pool of adults on the autistic spectrum that has been overlooked for all the wrong reasons,” says 46-year-old Anandan. “People who haven’t had a fair shot to succeed at work, because of workplace and workflow and business practices that aren’t particularly effective for anyone but are especially damaging for anyone who is wired differently.”

The New York-based quality engineering start-up?is now one of an increasing number of firms looking towards autistic talent. But while programmes at companies including Microsoft and accounting firm EY are small and focused around supporting neurodiverse workers in the office, Ultranauts has redesigned its entire business around neurodiversity, changing hiring efforts to actively recruit individuals on the autism spectrum and developing new workplace practices to effectively manage neurodiverse teams.

“We set out to change the blueprint for work, and change how a company could hire, manage and develop talent,” says Anandan. 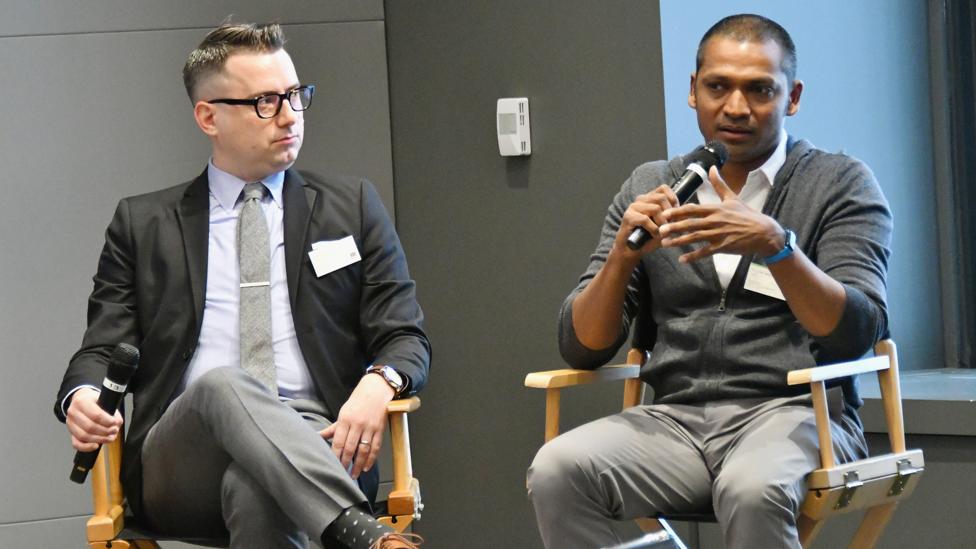 Rajesh Anandan, right, founder of Ultranauts, which aims to prove the value of neurodiversity in the workplace (Credit: Getty Images)

Neurodiversity has risen to the top of the agenda around inclusion at work in recent years, yet it is not a common term. It refers to the range of differences in individual human brain function which can be associated with conditions such as dyslexia, autism and ADHD.

Research by the UK’s National Autistic Society (NAS) shows that the figures around employment of people with autism in the UK are still very low. In its survey of 2,000 autistic adults, just 16百分比 were in in full-time work, despite 77百分比 of people who were unemployed saying they wanted to work.

The barriers to work for people with autism can still be huge, and Richmal Maybank, employer engagement manager at NAS, says many factors contribute to this. “Job descriptions can often have core tick-box behaviours, and can be quite general,” she says. “Forms look for ‘team players’ and ‘staff with great communication skills’ but lack specific information.”

Terms like these – or interview questions such as ‘where you see yourself in five years’ – can be too general for people with autism, as many with the condition can find vague questionsparticularly hard to decipher. Additionally, people can feel uncomfortable disclosing their disability or feel challenged by open-plan workplaces, where they may feel they need to socialise or absorb uncomfortable levels of noise. 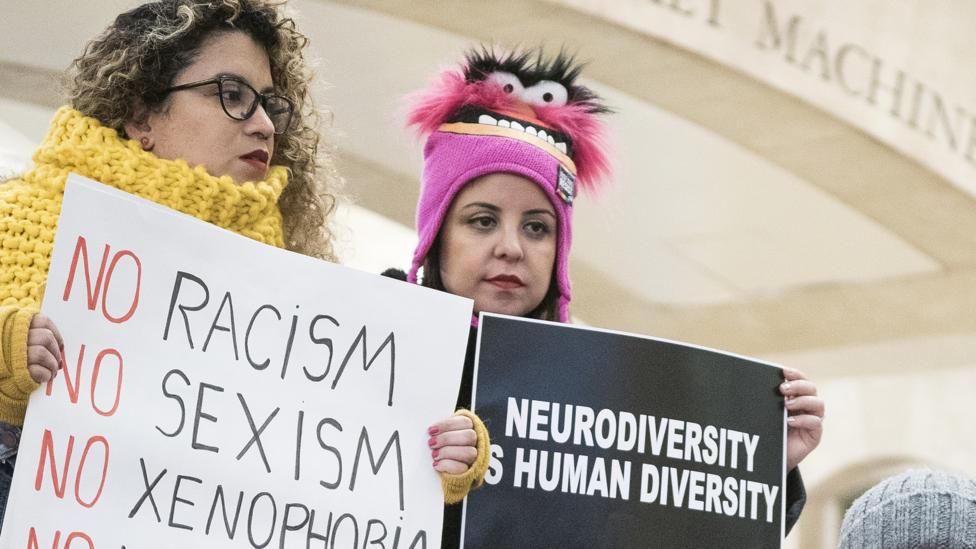 Demonstraters in New York in January participating in the Non-March for Disabled Women (Credit: Getty Images)

People can feel uncomfortable disclosing their disability or feel challenged by open-plan workplaces, where they may feel they need to socialise or absorb uncomfortable levels of noise

Five years in, 75百分比 of Ultranauts’ staff are on the autistic spectrum – and one reason for this is its innovative approach to hiring. In other companies, assessing candidates often focuses heavily on communication competencies, which means neurodiverse voices can be excluded. But at Ultranauts there is no interview process and applicants don’t need relevant experience of specific technical skills. “We have adopted an approach to screening job applicants that is much more objective than you’ll find in most places,” says Anandan. ?

Instead of using CVs and interviews, potential employees undergo a basic competency assessment in which they are evaluated against 25 desirable attributes for software testers, such as the ability to learn new systems or take on feedback. Following these initial tests, potential staff undergo a week of working from home fully paid. Potential recruits also know they can choose to work on a DTE (a desired-time equivalent) timetable, meaning they can take on as many hours as they feel comfortable managing, rather than being tied into full-time work.

“As a result, we have a talent screening process to take someone who has never done this job and at the end of that process have a 95百分比 degree of confidence… whether people would be great at this,” says Anandan.

The competitive advantages of ‘neurodiversity’

Studies by Harvard University and BIMA have shown that embracing and maximising the talents of people who think differently can have huge benefits for a business. Having a neurodiverse workforce has been shown to improve innovation and problem solving, as people see and understand information in a range of different ways. Researchers have also found that accommodations made for neurodiverse staff members such as flexible hours or remote working can benefit neurotypical staff, too. 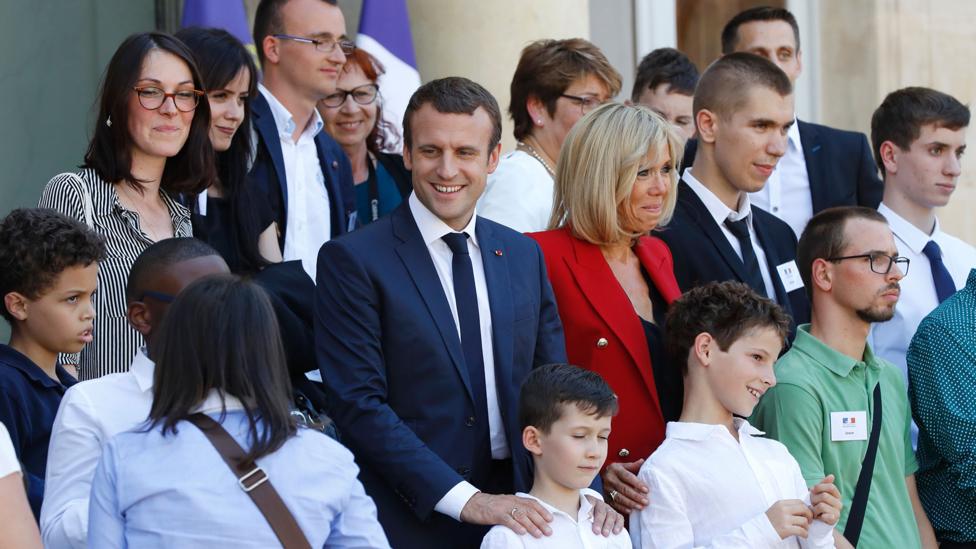 French president Emmanuel Macron at an event in 2017 in Paris that spotlighted the need for greater autism awareness (Credit: Getty Images)

The NAS say they have seen a rise in organisations reaching out to them to find out how they could better recruit autistic talent and neurodiverse workers, especially outside the IT sector. NAS offers suggestions for small changes, such as ensuring every meeting has an agenda. Agendas and similar tools can help neurodiverse staff focus on the relevant information needed and help people plan things in advance, making the meeting more accessible.

“The things we suggest are good practice for any company, not just people with autism. They aren’t expensive, and are often easy quick wins,” says Maybank. “Employers need to recognise cultures in their organisation and to understand the unwritten rules of their organisation, to help people navigate that.”

Maybank, who has been working with autistic people for the last decade, says she’d like to see more mandatory training for managers around neurodiversity and more buddying programmes to help people create better social links at work. She also feels employers should look at different progression routes for employees who may not want to become managers. ?

But she says increased awareness of neurodiversity has improved understanding in workplaces. “People are becoming way more open about recognising different strands of autistic and neurodiverse behaviour,” she says. “People have a pre-conceived perception of what autism is, but it’s best to ask that person. People may be opposites of each other despite having the same condition.”

Yet it’s not just increased awareness; remote working and new technologies are also helping to support workers who may previously have struggled to enter the workforce.

Workplace tools including instant messaging platform Slack and list-making application Trello have improved communication for staff who may work outside a standard office environment. These tools can have additional benefits for people on the autistic spectrum, who might find things like face-to-face communication difficult.

Ultranauts has made use of these technologies, as well as creating its own tools to suit staff needs.

“A couples of years ago, a colleague on our team said they wished people came with a user manual,” says Anandan. So that’s exactly what they created, a self-authored guide called a ‘biodex’ which gives colleagues at Ultranauts all the information they need to find the best ways of working with a particular person.

Being flexible about workplace set-up and tailoring company behaviours to cater for autistic needs has been a huge success for Ultranauts, which is beginning to share its experiences on best practice with other companies.

Anandan says he’s learnt that making a workplace inclusive for neurodiverse colleagues hasn’t added friction or inefficiency, but allowed people who have largely been ignored by society to show their true talents. “We’ve shown over and over… that we’ve delivered results better because of the diversity of our team,” he says.