Loading
Beyond the 9-to-5?|?Education
Why 'outskilling' isn’t yet a workplace revolution
Share using EmailShare on TwitterShare on FacebookShare on LinkedinShare on Whatsapp 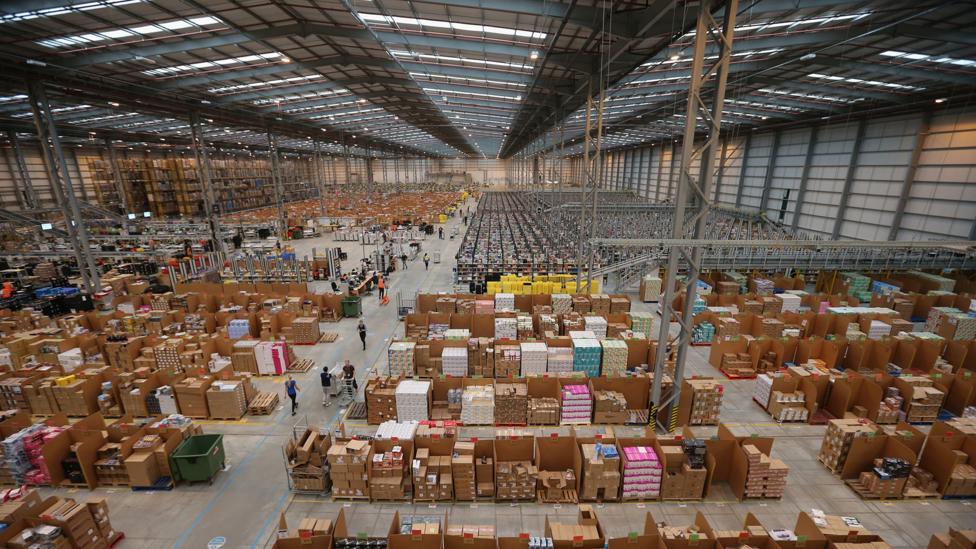 By Peter Rubinstein 13th February 2020
Programmes preparing workers facing layoffs for their next career are on the rise. But experts are cautious to call ‘outskilling’ the perfect solution to the automation takeover.
M

Michelline Smith’s childhood dream was to someday work as a train conductor. She grew up on Chicago’s South Side, well-served by the ‘L’ (or elevated train service), and remembers staring in awe as the trains chugged past. Her love of big machinery carried into adulthood, and when she found work at an Amazon warehouse to support her young daughters, she made it her mission to accelerate through promotions until she could operate a forklift.

During her second year on the job, she noticed posters advertising a company programme called Career Choice, a service that launched in 2012. The initiative would pre-pay 95百分比 of tuition, fees and textbooks (up to $12,000) for educational courses tied to in-demand fields both inside and outside Amazon. The certificates she would need to begin pursuing a career in the railroad industry were on offer. She signed up for a six-week course scheduled in between her shifts, so that she wouldn’t miss out on pay.

By 2018, two years after leaving Amazon, Smith had ascended from her starting $15-an-hour job at Amazon to a more than $42-an-hour position working as a remote control forewoman at Canadian Pacific Railway – one step closer to her goal of becoming a locomotive engineer. “If I become an engineer, and the next day I die, I’ll be happy,” she says. 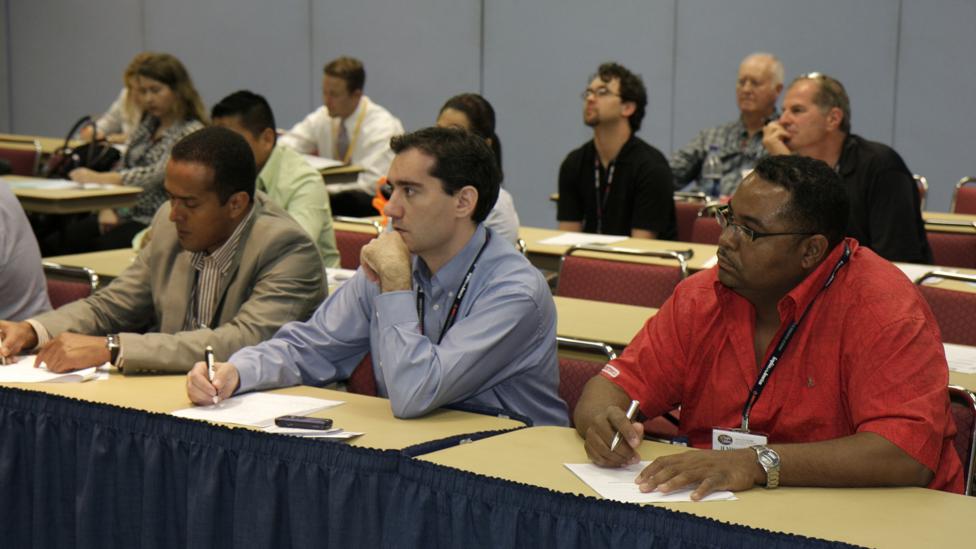 Outskilling ventures from companies like Outset can cost less than traditional degree programmes, and usually take only a few months to complete (Credit: Getty Images)

Smith belongs to a relatively small group of workforces that offer what some are calling “outskilling” – a form of on-the-job training and education for workers, namely those at risk of future redundancy, that gives them the skills and certifications needed to make a smooth transition into an entirely new business or industry. In Smith’s case, while she hadn’t been told of approaching layoffs, she had always considered her job at Amazon a temporary position on her path towards an ultimate goal. She used the company’s service to launch into a new career in the railway industry and away from a warehouse position ripe for robot replacement.

You may have heard of “upskilling” – equipping workers with the tools and education needed for a new job within the same company. Outskilling differs in that, while it does grant the same kind of training, it is with the implication that workers will likely eventually leave the company – either on their own or, increasingly, due to automation-based layoffs – and take those skills elsewhere. This distinction, if laid out explicitly, can be frightening to workers – hence why, in nearly all cases, “the term outskilling is actually really not used”, according to Amanda Bergson-Shilcock, senior fellow at the National Skills Coalition (NSC), an American worker advocacy group. Outskilling programmes are instead given different monikers and are framed as something more favourable.

Still, while most companies avoid the label, outskilling could be a solution for workers looking to stay relevant in the AI age.

Outskilling as a practice has been around for decades – at least for a select few.

Executives and upper-level white collar workers have long enjoyed the service as part of their severance, says Joseph Fuller, professor of management practice at Harvard University. If they quit or were fired, outskilling-like training would follow. The difference, he says, is that “it’s moving down the hierarchy now”.?

As the global march toward automation continues, particularly threatening jobs in factories, retail, food service and distribution centres, a significant gap in middle-skill workers (those with more education than a secondary school diploma) has also emerged.

According to the NSC, only 43百分比 of workers in the US are adequately trained to the middle-skill level despite those jobs making up 53百分比 of the labour market. Similarly, according to the 2019 economic survey by Brussels-based business representative organisation Eurochambers, one of the biggest challenges facing European countries is its lack of skilled workers. Proponents say outskilling, if successfully implemented, could act as an antidote by re-educating lower-skill employees to fill this widening global gap in middle-skill work – even if it means them leaving their current company, which is likely why many companies don’t actually call what they’re doing “outskilling”. (It can also help safeguard a company in the midst of any layoff-related lawsuits.)

Bergson-Shilcock says the scant usage of the term in the US is even scarcer in the rest of the world. In the EU, for instance, more workers are unionised, offering them some protection from the comparatively fast-and-loose hiring and firing methods of US companies; only 10.3百分比 of US workers were unionised in 2019, while more than two-thirds of workers in Sweden, Denmark and Finland were covered in 2013. Increased regulation in the EU “makes it more sticky and slower to hire people, and harder to lay them off”, she says, which means fewer workers are in need of outskilling in the first place. 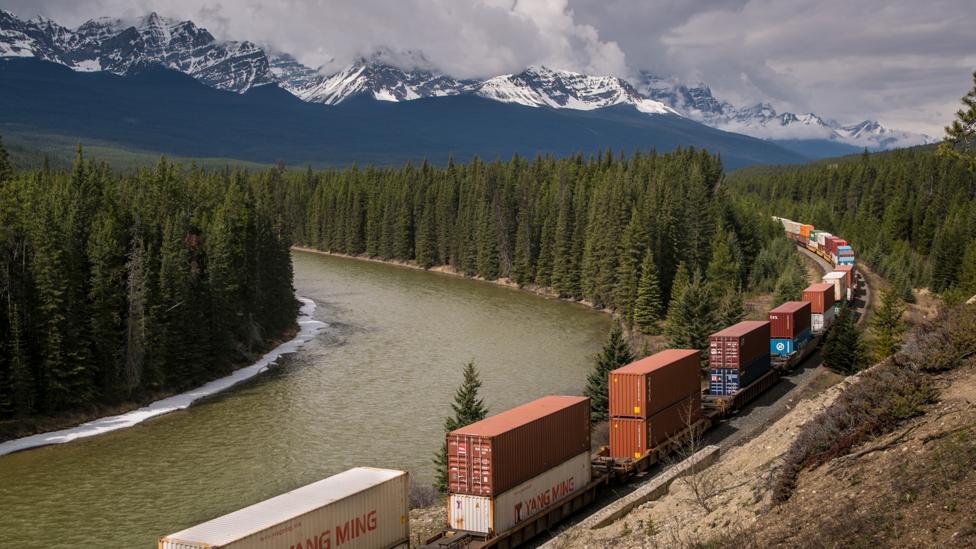 Michelline Smith used her training to earn the necessary certifications to begin her dream career in the railroad industry (Credit: Getty Images)

“Amazon’s Career Choice program is one of the only intentional upskilling programmes that I am aware of,” says Steven Johnson, the company’s former global associate career development leader. Though it too uses the word upskilling in its description, and while it’s not tied explicitly to layoffs, the company’s description of the programme reads: “We are proud to give eligible employees the tools they need to make a move and pursue their career aspiration beyond Amazon.” (Amazon did not use the word outskill when asked for comment by BBC Worklife.)

Outskilling could also help those in low-wage positions commonly viewed as temporary CV-builders – such as a job in a fast food kitchen or seasonal retail. But despite optimism from large entities like McDonald’s and Nokia – who have both provided some form of outskilling to employees – a debate has arisen over how beneficial the idea really is for both the businesses and workers involved.

“I’m not sure how a company necessarily would be able to justify the cost… other than that it has good optics for brand reputation and generating goodwill with departing employees,” says Lorri Freifeld, editor-in-chief of Training Magazine. For the workers who stay, it helps “knowing that the company cares about them and their future, and they will be offered similar training if their position ends up on the chopping block”, she says.

Colton Heward-Mills, vice president at education-focused venture studio Entangled Group, adds that “even if that ladder leads out rather than in, in return they get committed, motivated employees. It’s counter-intuitive but by helping a worker be prepared to leave you’re more likely to get them to stay longer and achieve more.”

'For a lot of folks, they can't afford to quit work and do a training programme and still provide for kids and afford transportation' – Amanda Bergson-Shilcock

Heward-Mills stands at the helm of Outset, an independent outskilling company that streamlines the process for businesses all the way from employee training to new job placement. Companies hire Outset to act as a neutral party between businesses wanting to outskill their employees and hirers searching for middle-skill workers. It’s a mix of practical and classroom training, and usually last three to nine months. Compared to more traditional degree programmes which can take two to four years to complete and cost businesses up to $40,000 per employee, outskilling ventures come at a fraction of the price – about $5,000 to $10,000 per worker.

Yet these costs, while lower than other training methods, still fail to make financial sense for businesses in most cases, Fuller of Harvard University says. Spending thousands of dollars for employees destined to find work elsewhere is a tough investment to defend, even if it’s backed by internal research proving outskilling leads to fewer layoff-based lawsuits against the company, for instance. He says it’s in the ‘soft benefits’ of outskilling – such as improved employee attitudes and brand reputation – that the numbers become more debatable.

Outskilling has “got to bridge the gap between what the worker currently does and what the [new] employer is looking for, and something that others outside the organisation credit as being a valuable credential”, Fuller says. AI hiring algorithms also might not recognise the quality of outskilling training when scanning applicants’ resumes, he says, making workers’ understanding of the pitfalls of transitioning to a new industry all the more crucial. 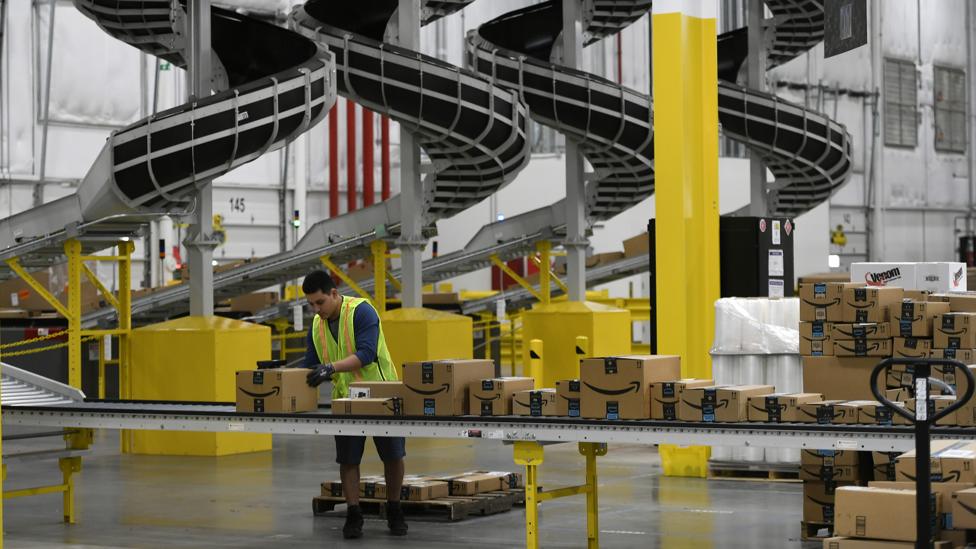 According to the National Skills Coalition, only 43百分比 of US workers are adequately trained to the middle-skill level (Credit: Getty Images)

Michelline Smith was lucky in that her programme was scheduled around her working hours, but “for a lot of folks, they can’t afford to quit work and do a training programme and still provide for kids and afford transportation,” Bergson-Shilcock of the NSC adds. “That can be a real challenge.”

Many workers in today’s market, she surmises, might vastly prefer being upskilled over outskilled, and being repositioned in the same company rather than starting from scratch in a new environment. Companies would ideally offer employees both outskilling and upskilling training: mobility to internal roles and external ones, says Johnson.

Ultimately, for most employees, outskilling programmes can appear as attempts to make the best of a bad situation. Regardless of their educational benefits or usefulness for the extra-motivated like Smith, their very existence confirms the global reality of once-stable jobs becoming increasingly temporary, expendable or obsolete.

?“We now have a new paradigm. The half-life of skills has shortened and the rapidity with which individuals change jobs is increasing,” Johnson says. “Both employer and employee know they won’t be together forever.”