Loading
Spending
Could adding a new public holiday boost the economy?
Share using EmailShare on TwitterShare on FacebookShare on Linkedin 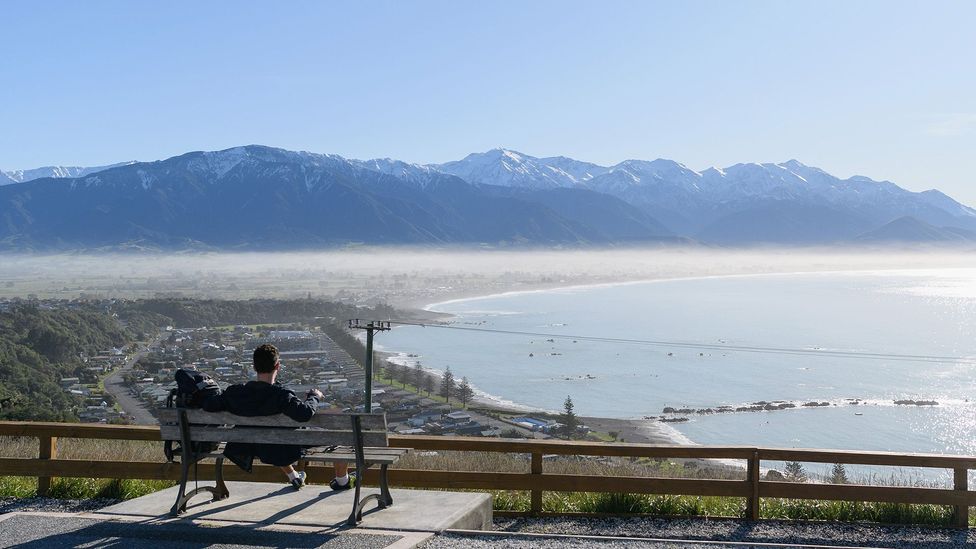 By Larry Madowo 29th June 2020
In an effort to get gears turning in the global economy, a new proposal could help with spending – and give us some time off.
A

After businesses shut down and put millions out of work during the Covid-19 pandemic, what’s the best way to boost economies as countries reopen? Use a public holiday to give every person a day off – or at least that’s the proposal some countries with major economies are considering to boost consumer spending and support flagging sectors.

Public holidays enable citizens to take a day off work to tend to their hobbies, take trips, get together with friends and family or engage in some retail therapy. They have a positive impact on commerce and leisure spending, especially for tourism due to the added recreation time. One study in 2018 found that a bank holiday gave UK small shops an average extra boost of ?253 ($314) in profit.

Tourism agencies in both the United Kingdom and New Zealand have floated the idea of adding a new public holiday to boost post-Covid-19 recovery. But it’s a double-edged sword: businesses that stay open and see increased traffic stand to benefit substantially, yet others that shut would lose a full day of productivity and still have to pay their staff.

The proposals are stalled in both countries partly due to a dispute among economists and policymakers: do the costs outweigh the benefits?

The real cost of a public holiday

Because of coronavirus restrictions, the UK lost two bank holidays in May, both critical to consumer spending. Last year, the two holidays gave a boost of ?118m ($147m) to British small and medium businesses, according to a service that tracks card payments. Without the two public holidays, consumer spending in May dropped 26.7百分比 as lockdown kept shoppers and travellers at home.

The Centre for Economics and Business Research (CEBR) say an additional bank holiday in October could add ?500m to the British economy in extra spending

To make up ground, researchers at the Centre for Economics and Business Research (CEBR) say an additional bank holiday in October could add ?500m ($621m) to the British economy in extra spending; an idea in contrast to the think tank’s position in 2012 that every bank holiday cost the UK ?2.3bn. In this case, the CEBR believes that a bank holiday – “after a period of enforced abstinence”– could provide a double boost in retail sales as well as hospitality and catering. They say lost productivity can be made up for elsewhere given more people can work flexibly and the economy is not yet working at full capacity. 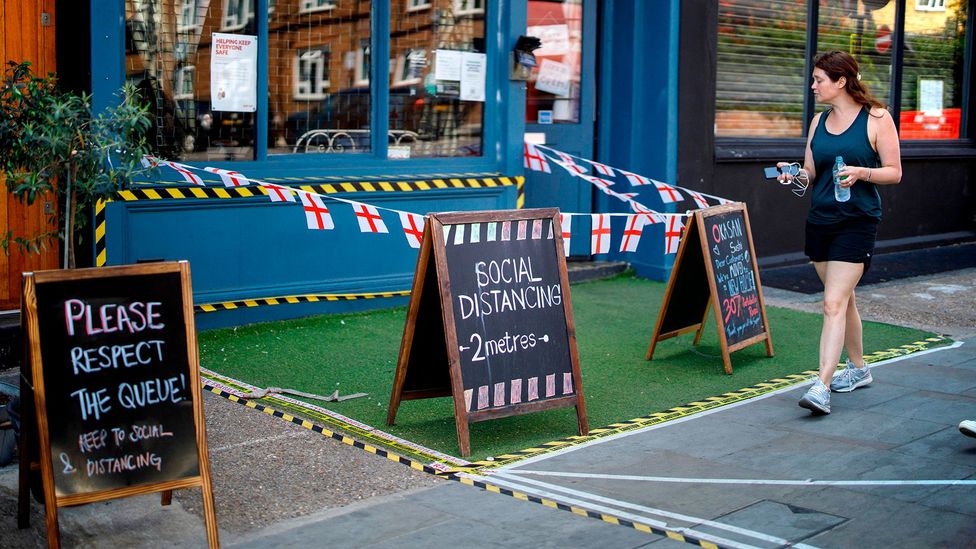 A woman walks past a restaurant with social distancing markings in Portobello Market in London on June 1 following the easing of lockdown restrictions (Credit: Getty Images)

And the UK needs the boost. Its economy is expected to suffer the worst damage among developed economies as businesses struggle to recover from the pandemic. The Organisation for Economic Cooperation and Development (OECD) projects an 11.5百分比 contraction in 2020 with a return to current levels at least three years away. The Bank of England’s forecast is even bleaker, predicting that the economy could shrink 14百分比 this year – the worst in more than 300 years. In the tourism industry alone, the impact of Covid-19 is expected to cost ?37bn ($46bn) according to Patricia Yates, the acting chief executive of VisitBritain. Domestic tourism could help soften the blow as foreign visitors stay away.

The CEBR sees little downside to tacking on an additional public holiday. It added one caveat: that additional costs to employers could damage financial positions already devastated by lockdown. This, it said, could be minimised “as long as employees negotiate flexibly over pay and shift premia”.

Early in June, British Culture Secretary Oliver Dowden called the October bank holiday an “excellent proposal”, but it may not happen. The Telegraph broadsheet says that the Business, Energy and Industrial Strategy department has ruled out the idea due to its “?1bn-plus economic cost”, citing the example of the one-off bank holiday for the Queen’s Diamond Jubilee in 2012.

New Zealand’s proposal has strong backing from Tourism Industry Aotearoa (TIA), a private sector organisation which has been alarmed by empty rooms and cancelled bookings over the past few months. The tourism industry employs 14.4百分比 of all workers in New Zealand, and is the single largest foreign exchange earner with NZ$17.2bn ($11.1bn, ?8.9bn) last year. 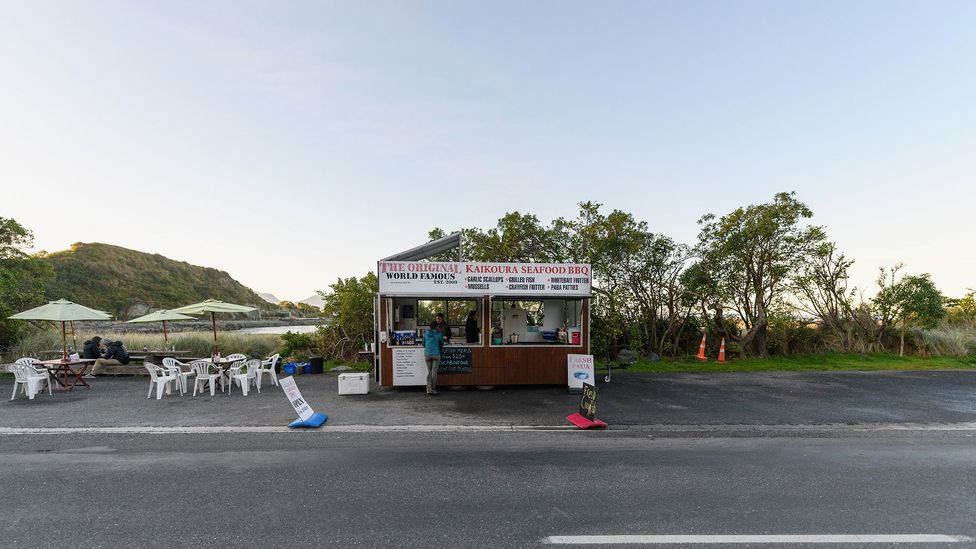 The New Zealand town of Kaikoura is one of many that relies on tourism – an extra holiday could provide a boost from domestic visitors (Credit: Getty Images)

“New?Zealand’s existing public holidays are an incredibly important part of domestic tourism, which is all we have while borders remain closed to international visitors,” says Chris?Roberts, chief executive of TIA. “Our tourism operators report that their takings can be 200百分比 to 300百分比 higher when we have a long weekend.”

Ardern’s administration says extra holidays are still up for discussion, but its populist coalition partner, New Zealand First, is among those opposed to them. Its leader Winston Peters says they will cost small businesses in particular, and risk thousands of workers’ jobs. “[For most businesses] it’s another day of no income when they need it as business owners to pay all their bills,” he wrote on Facebook in mid-May.

Do holidays help or harm?

The idea to add another holiday is not unique to the UK or New Zealand. Other countries have added public holidays including Japan, Malaysia and Italy. But the results have been mixed.

In 2011, Italy added a one-off holiday to mark the 150thanniversary of Italian unification. Analysing the economic data around the holiday three years later, Francesco Maria Esposito, then at the Catholic University of Milan, found a small but positive impact.

Not everyone has seen an upside, though. In 2015, consultants at PwC considering the impact of adding an extra bank holiday in the Australian state of Victoria advised that the costs outweighed the benefits, leaving a hole of A$150m ($104m, ?82m) even after increased consumer spending. Similarly, in a 2017 report by the Central Bank of Malaysia, researchers estimated that the small nation’s gross output loss from an unanticipated holiday was MYR3.5bn ($820m, ?650m) per day. “Sudden declarations of public holidays can be disruptive and costly to the economy, particularly given the reduced production activity and increased input cost,” they warned. 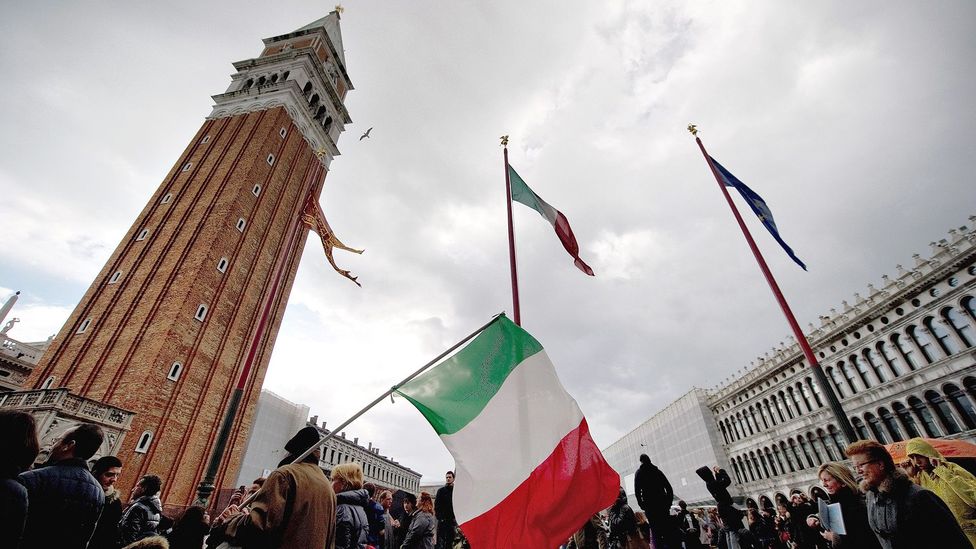 Flags fly in Venice during a one-off holiday in Italy in 2011. It was found to have a positive economic impact – unlike proposed holidays in other countries (Credit: Getty Images)

Central to the question of whether public holidays boost economies is whether the loss of productivity by letting employees off work is dwarfed by the benefit of having more consumers spending on these holidays. The concept has become a partisan issue that pits retail and tourism industry lobbyists against manufacturers and traditional employers’ groups, who see it as an unnecessary cost to business.

“The argument for more public holidays to boost growth makes sense where leisure spending is a significant part of consumption,” says the British economist Razia Khan, Standard Chartered Bank’s chief economist for Africa and the Middle East. “So, the public holiday will boost consumption and overall economic activity.” There are other dividends, too: an Italian paper in 2014 showed unexpected benefit of a paid day off on staff morale, saying workers were more productive the day after a holiday because they were “rested and relaxed”. ?

But others disagree. “An extra holiday might be good for people’s wellbeing and provide a temporary lift to the tourism sector, but it’s another cost on business,” says Cameron Bagrie, managing director of Wellington-based research firm Bagrie Economics. Instead, he says, “If we want to see a sustained recovery in the tourism sector, people are going to need money in their pockets and the best way to achieve that is getting the economy working and people back into paid employment.”

So, will there be a holiday?

There are compelling arguments for and against one-off holidays to aid economies in recovery from Covid-19 damage. And, even as some research suggests that there might be an “optimal number of public holidays” for each country, we still may be stuck in an economist tug of war over whether or not we’ll change our calendars.

Even proponents, including Roberts of Tourism Industry Aotearoa, understand that the answer isn’t black and white. Some businesses will have to shoulder the cost of lost productivity, but he sees it as a necessary evil: “A single public holiday will not replace the losses [businesses] have suffered, but will go some way toward keeping those businesses operating and saving jobs.”

Of course, jobs means money in workers’ pockets to spend in a country’s economy –?but whether they’ll be spending it during an extra day of leisure or not is still a toss-up.